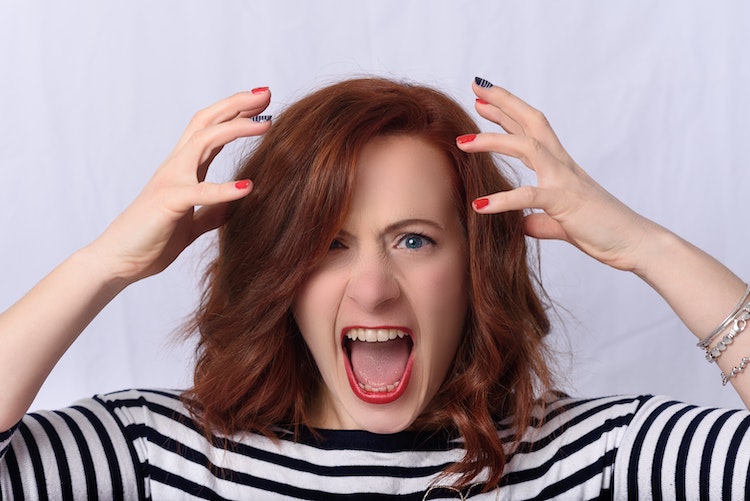 People consider different approaches to management in a workplace both from the manager’s point of view and from the workers who report to them; one approach is that people love to work with inspirational and encouraging managers, who take an honest interest in their employee’s growth, another approach is that people find it annoying to work with critical and impatient managers who have low emotional intelligence. If you have encountered the later one, you must be interested in knowing how to deal with a micromanager and a controlling boss.

One of the clearest statements about a micromanaging boss is that they control outcomes and not people. The worst thing a manager can do to his/her team is micromanagement because managing a team too closely would be annoying and demotivating and often micromanagement is among the biggest causes of workplace stress.

Micromanagement is not only ineffective but also destructive to a team’s performance, and believe it or not but workers are always looking to know how to deal with a micromanager, avoid him/her, or get rid of him/her. When effectiveness and self-confidence begin to hurt due to the micromanager, a series of frustration and distrust can destroy good work on both sides of a manager-employee relationship. Many reports from the people stated that they simply gave up trying to satisfy their bosses because they know that whatever they do, their work is going to be condemned and torn apart.

Many professionals switching jobs only due to the stress caused by a micromanaging or overly controlling boss.

Signs of a Micromanager Boss

Before getting into in-depth analysis of how to deal with a micromanager or a controlling boss, it’s needed to recognize these signs of a micromanager at a workplace.

Among all of the challenges employees face with their managers, the one that looks most unsatisfying is to work with a micromanaging boss. Research from the Centre for Creative Leadership states that just because you are the boss doesn’t mean it’s ok to be a micromanaging boss. A survey panel of 201 leaders from the United States shared their knowledge for the word micromanager in the workplace. Being micromanager seem like  having lack of interpersonal skills including concentrated on authority and power, pay no attention to others viewpoints, being dictated  and controlling, being violent, rude and pushy. 58.70% of leaders stated that being dictating and controlling is the most common indicator of a micromanager. Though, the survey panel described micromanagers as negative and unfriendly.

If you are working under the thumb of a micromanager you may find yourself sunk in a series of questions like:

How to Handle a Micromanaging Boss Effectively?

If your boss is micromanaging and you are looking for ideas on how to deal with a micromanager and controlling boss, this article will surely help you to ease the situation. There are some strategic ways that can help you overcome the situation. Put them in practice and see if they make any change in your micromanager’s behavior.

People micromanage for a number of reasons and may not even realize they are doing it. The most significant question that will help you choose your game plan is “Does your boss micromanage everyone or just you”? And “why are they micromanaging?” You may have to expand your work habits if your boss is only micromanaging you.

If he is liable to micromanage everyone then it is just his nature. This step can help you to decide how to get ahead with his needs. Try out by following these action tips:

Record the input you receive from your boss including the projects and tasks, the frequency of tasks, time of the day, any day of the week. See what patterns you notice and analyze why it’s happening, including how often he targets, when, and what tasks he usually focuses on.

If you analyze it after a specific meeting, help get your manager ready in advance of that meeting for whatever he needs to report on, or if it happens at a certain time of the day, do provide your boss with an update an hour in advance of that time.

When your boss is a micromanager, the most significant object to think through is to make sure that you bring into being high quality work. It’s important to consider whether you actually need to be administered so closely or it’s his habit to micromanage everyone.

Reflect on yourself and think about if your level of work quality is constantly high. Do you consider creativity to solve problems? Do you show interest in particulars? Are you new and need a lot of instructions? Your boss might be micromanaging you because he/she doesn’t believe that you are going to provide on time or your performance is not what it should be. So it’s very important to ensure your high work performance.

3- Anticipate What He WANTS -and ACT

Reflect on your boss’ needs and come up with the hypothesis about which factor is imposing micromanagement. Is your boss somebody who likes to do things properly? Does he have extraordinary needs to regulate? Is he concerned with the need to know what’s going on and what work is getting done?

Once you come up with the root cause, consider those areas that are more vital to your boss so he can have more confidence and faith in you. If your boss likes to do things properly, triple check your work to make sure there are no mistakes. If your boss is more concerned and has extraordinary regulatory needs; be as quick to respond as possible and interconnect properly about how things are going.

Though, in this way, you will be able to generate more possibilities to make your boss happy with what you produce.

When you have a micromanaging boss, instead of getting annoyed or trying to fight back on that behavior, take a step back and reexamine it. Ask good open-ended questions to your manager that will help you comprehend their objective better. Cooperate with your boss with a chance to look beyond them and also evaluate the alternative ways of achieving the same outcomes.

If your boss constantly asking for updates, engage them in a sweet word of mouth like, “I understand we need to deliver this project on time, I can guarantee you that I’m on top of this project, when and how would you like me to share updates and concerns? It will help me to organize my time better and focus on accomplishing our shared goals.”

Though, by stating your intent clearly and using an optimistic tone, you can force them to think and act in a different way.

Though, such debates regularly and constantly remind your boss to operate together in the best ways. You can straighten their tendencies to micromanage and help shift to more effective management.

Final Thoughts on How to Deal with a Micromanager

Of course, there are some people who simply can’t fight back their tendency to micro-manage. If your boss is a micromanager, it might be demotivating, annoying, and frustrating for you but when it comes to workplace relationships, you shouldn’t change things overnight. However, by knowing how to deal with a micromanager and a controlling boss, creating and keeping open, honest communication, setting boundaries, establishing standards, and understanding the drivers for dealing with micromanaging bosses, you can work toward improving your working relationships. This can provide benefits to both you and your boss. If you just can’t take it, then you might consider looking into other options.