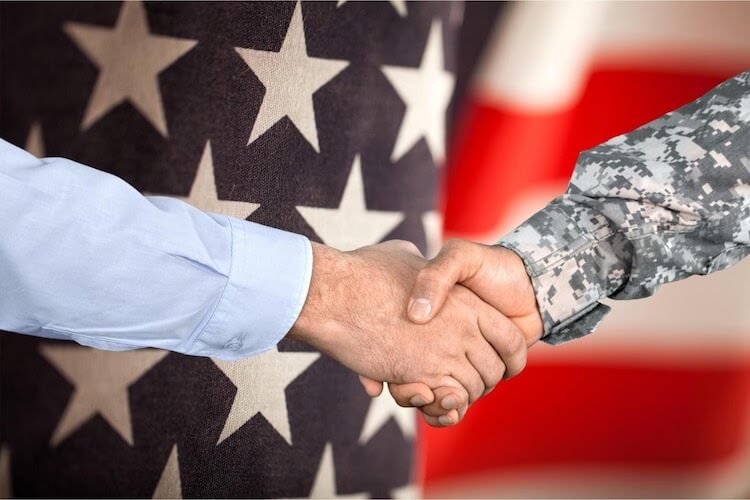 Joining the military opens up opportunities for travel and education.

They can teach you how to fly a plane as part of your training. Or you could specialize in the engineering field. You can also become a combat medic or serve on the front lines as part of your job description.

The military has so many different jobs to choose from. And in today’s economy, when good jobs are few and far between, isn’t that worth looking into? To help you make an informed decision, we have put together this guide.

We’ll explain the different branches of military enrollment, along with their job outlook. So pull up a chair and get ready to read about the high points of joining the Army, Navy, or Air Force.

We’ll start by talking about joining the military with the army. The army is a great way to make money right away. It’s also a good first start for anyone who wants to try being in the military.

The pay isn’t bad, especially since you get several allowances like food and housing even if you’re single. This means that your stipend can be considered part of your income. Making your stipend income-related means more income tax reliefs offered by the government.

Of course, money isn’t the only thing to consider though. You’ll also need to make your decision based on the long-term career path you want.

If you want a military career, it will be easier to get promoted in the army than with any of the other branches. They’re also more likely to retrain you, even if you need improvement in other areas. The only downside is that you’ll be doing mostly infantry work for almost all of your career.

Infantry is the heart of any army, and infantry in a modern military force means you’re almost always going to be on patrol, guarding posts, or looking for enemy movements. This isn’t as bad as it sounds though, since guards are rotated frequently.

Once you’ve gotten enough experience, you’ll be a specialist in something like mortar or communications. You may even get into driving heavy machinery if you’re good enough.

Another thing to consider is that joining the army can be more dangerous. Although you have a lot of opportunities to learn valuable skills, that’s only if you’re willing to take risks. The army isn’t for everyone, just like any branch in the military.

Now let’s talk about joining the navy. As far as pay goes, you’ll get a more stable income, but you won’t be making as much. However, this isn’t that big of a deal since your pay grade increases faster than in the army. The promotion rates are similar to the army’s, so switching branches is an option if you can’t stand doing basic for too long.

The navy is one of the oldest branches of the military and trains most of its personnel to be specialists. Some examples are medical, electronic warfare, and navigation.

Another great position within the navy is being a SEAL. The navy offers more training for this position than any other branch, so it’s a good job if you’re interested in combat or special operations.

The SEAL program is a great example of how the navy offers opportunities other branches can’t. But remember, choosing your branch should be based on what you want in life. Don’t make a choice that you think others would want you to. Instead, give yourself the freedom to choose for yourself.

Next up is the air force. There are trades available in the air force similar to those in the army and navy. The difference is that they have a more advanced technology focus. This means that there’s more room for advancement since every branch has its own unique set of objectives.

Along with a solid career path, you’ll also be making lifelong friends and memories. Air Force Challenge Coins are popular among pilots who’ve been serving for a while. When applying for the airforce, it helps if you have a technical background. To increase your chances of getting in, you can take courses on subjects like aeronautics and electronics.

Once you get into the air force, there are 3 main career paths: piloting, electronic warfare, and intelligence gathering. Piloting could be the easiest or hardest depending if you’re an aviation officer, navigator, or bombardier. The first is one of the most sought-after positions since you get to fly a plane.

Navigating is another popular option but it’s not an easy job. As far as intelligence goes, there are 3 types: signals, human intelligence, and imagery intelligence. Sending out a drone to gather information on targets is a lot easier than having to gather it yourself.

The air force also has special operations that you can join. They’re mainly used for reconnaissance and will send you into enemy territory. As part of this division, you’ll have the chance to train with some really advanced weapons systems.

If you’re willing to be a bit more of an introvert, there are other career paths in the air force too. One example is cyber warfare; these people sit behind a computer screen monitoring network activity.

Joining the Military With Confidence

Will you be an army pilot, navy captain, or air force drone operator? It’s up to you. Remember, joining the military is a choice you have to make for yourself. Still not sure which choice is right for you?

Write down your top 3 branch choices. Next, do a little more research to see the other career options available within it. For more advice, we welcome you to explore the rest of our site.